The front-drive Vibe 1.8L starts at an affordable $15,895; the optional 2.4L engine is $400 extra. Significantly more expensive are the Vibe AWD ($19,495) and GT ($19,895), both equipped with the 2.4L engine. We tested a base Vibe 1.8L, equipped with the 5-speed manual, Preferred Package ($945), air conditioning ($950), and upgraded AM/FM/CD/MP3 audio system ($150). The Preferred Package includes keyless entry, power door locks, power windows, and cruise control. The total sticker price was $17,940, including the $585 destination charge. Given our performance-oriented preferences, we would spend the extra cash to move up to the Vibe 2.4L. Note that the new 5-speed automatic is only available with the 2.4L engine, except the Vibe AWD, which gets a standard 4-speed automatic.

Despite its position at the bottom of the model lineup, the Vibe 1.8L is equipped with the basic amenities and features that customers would expect, such as power windows, locks, and cruise control. Interior materials and build quality are above average relative to most other compact hatchbacks from domestic and Asian manufacturers. The driver faces a set of bright electroluminescent gauges in deeply inset pods. An 8,000 RPM tachometer flanks the centrally-mounted 130-MPH speedometer; the odometer, fuel and coolant gauges, share a separate oval-shaped bezel. The chrome-rimmed shift knob for the 5-speed manual sits above the center console. Three clearly marked knobs for the HVAC system are within easy reach above a small storage bin on the center stack. Pontiac also includes a handy 115V outlet next to the audio system to power laptops or small appliances; a 12V outlet at the front of the center console is nearly hidden under the shift lever. The glove box is big enough for small packages or purses. Under the center armrest are two bins for storage; the larger bin can hold compact discs. Small cupholders are molded in the front door pockets, and between the seats next to the handbrake; rear passengers get their own cupholders in a flip-out lid behind the center console.

Audio controls for the AM/FM/CD/MP3 system are at the top of the dash for easy access. XM satellite radio is optional. Despite having only four speakers, the Vibe's sound system cranks out tight bass and clear treble. An auxiliary input allows connections to external MP3 players. A 320-watt Monsoon audio system with 7-speakers/subwoofer is standard on the Vibe GT.

The Vibe accommodates up to five passengers, with dual front bucket seats and a rear bench. Front seats are comfortable, with 6-way manually adjustable driver's seat; the passenger gets 4-way seat adjustments. Although the seats have adequate support, the fabric upholstery is somewhat slippery. Headroom for front and rear seats should be adequate for 6 ft. tall passengers. Rear seat comfort is acceptable for two occupants, less so for a third passenger; legroom is plentiful, assuming the front passengers cooperate. The rear seats fold down for a flat load surface covered in hard plastic, instead of the customary carpet. Cargo volume behind the rear seats is 20.1 cu. ft.; with the rear seats down, up to 49.4 cu. ft. is available. Several small compartments hidden under the cargo floor panels can store small packages or loose items.

The Vibe's standard 1.8L inline-4 now generates slightly more horsepower with 132-bhp @ 6000 RPM; torque output is 128 lb.-ft. @ 4,400 RPM. The 1.8L engine has adequate power to move the Vibe around town and the highway without protest. Even with dual VVT-i (variable valve timing), the small engine displacement results in underwhelming thrust below 2,000 RPM, although midrange torque is more robust. As one might expect, the Toyota-designed 4-cylinder is smooth, refined, and unobtrusive up to the 6,400 RPM redline. The optional 2.4L inline-4 cranks out 158-bhp/162 lb.-ft., which should attract the attention of enthusiasts not overly concerned about fuel economy.

Pontiac offers a choice of a standard 5-speed manual or an optional 4-speed automatic with the 1.8L inline-4; the bigger 2.4L engine is available with a new 5-speed automatic. From a performance and fuel consumption perspective, the manual transmission is a better choice with the 1.8L than the automatic, which has a taller final drive ratio (4.23:1 vs. 4.31:1) and top gear (0.700:1 vs. 0.725:1). Fortunately, the 5-speed manual is a slick-shifting unit with a light, progressive clutch. EPA fuel economy estimates for the 1.8L engine with the manual transmission is 26/32 MPG (city/hwy.), while the 4-speed automatic is rated at 24/31 MPG (city/hwy.). The 2.4L is significantly thirstier with a 21/28 MPG (manual) or 21/29 MPG (automatic) EPA rating.

The Vibe's front suspension consists of MacPherson struts, coil springs and stabilizer bar, while a torsion beam axle with coil springs and an anti-roll bar are in the rear. Vibe AWD and GT models substitute a multi-link setup for the torsion beam rear suspension. Base Vibe models are equipped with 16-inch steel wheels and 205/55R16 M+S Goodyear RS-A tires. Alloy wheels (17 or 18-inch diameter) and wider tires are available on other Vibe models. All Vibe models have 4-wheel disc brakes, ABS, and StabiliTrak stability control standard. Vibes equipped with the 1.8L engine get 10.82"/10.19" diameter (front/rear) brake rotors; 2.4L models get larger diameter rotors. With a relatively light 2,855 lbs. curb weight, brake performance is acceptable, but pedal feel is slightly spongy with an initial dead spot in pedal travel.

We took the Vibe on a 300-mile trip, and it proved to be a quiet and mostly stress-free experience. Relatively low levels of road, engine, and tire noise reduce fatigue for passengers. The tall fifth gear ratio (0.725:1) keeps engine revs low, but a downshift is often needed to pass slower cars on the highway. Ride quality leans towards comfort, with soft spring rates, but the firm dampers keep most fore/aft body motions in check. On potholed and scarred roads, the Vibe's suspension absorbs bumps without fuss. However, the compliant suspension tuning results in significant dive and squat during acceleration and braking, as well as moderate body roll around corners. The Goodyear RS-A tires aren't particularly responsive, with excessive tread squirm that results in moderate understeer as the tires scrub off speed around corners. Despite variable assist, the electric power steering is overly boosted at highway speeds, combined with the softly sprung suspension, tends to cause the Vibe to drift in its lane.

The second-generation Vibe should be popular with current owners, who will notice incremental improvements in nearly all areas. With its fuel-sipping 1.8L engine and hatchback versatility, the Vibe is a perfect commuter car that can also manage light-duty cargo hauling. Pontiac priced the Vibe competitively with other compact hatchbacks such as the Dodge Caliber and Mazda3, but serious customers will probably cross-shop the nearly identical, but somewhat more expensive Toyota Matrix. Aside from minor styling differences and available options, the choice between the Vibe and Matrix comes down to brand preference. We would lean towards the Pontiac due to its lower price and nearly identical content compared to its Toyota sibling. 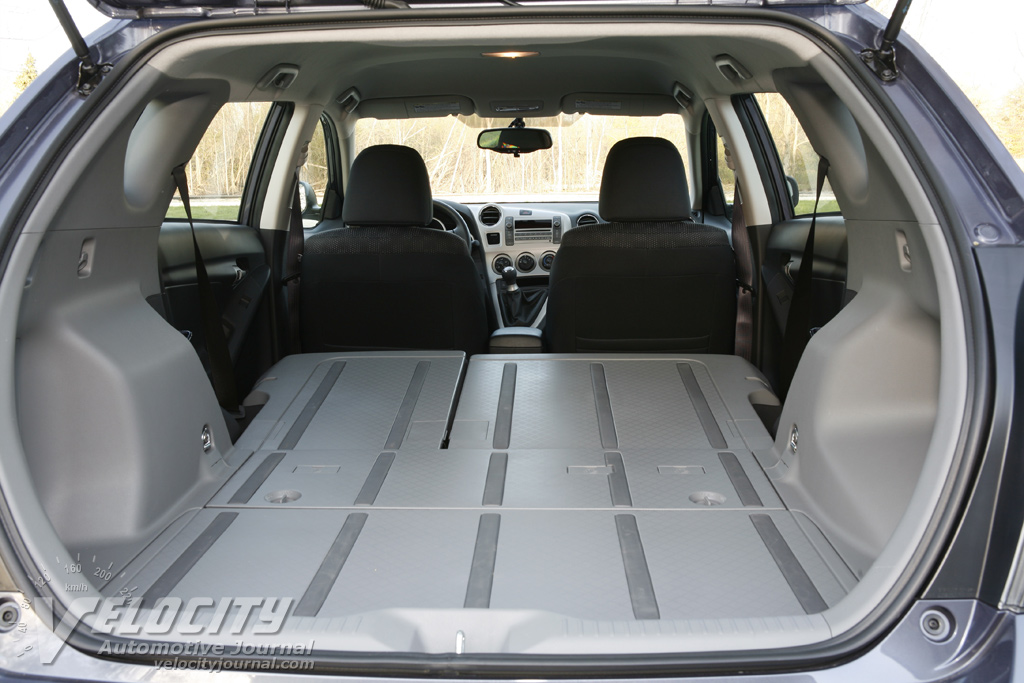 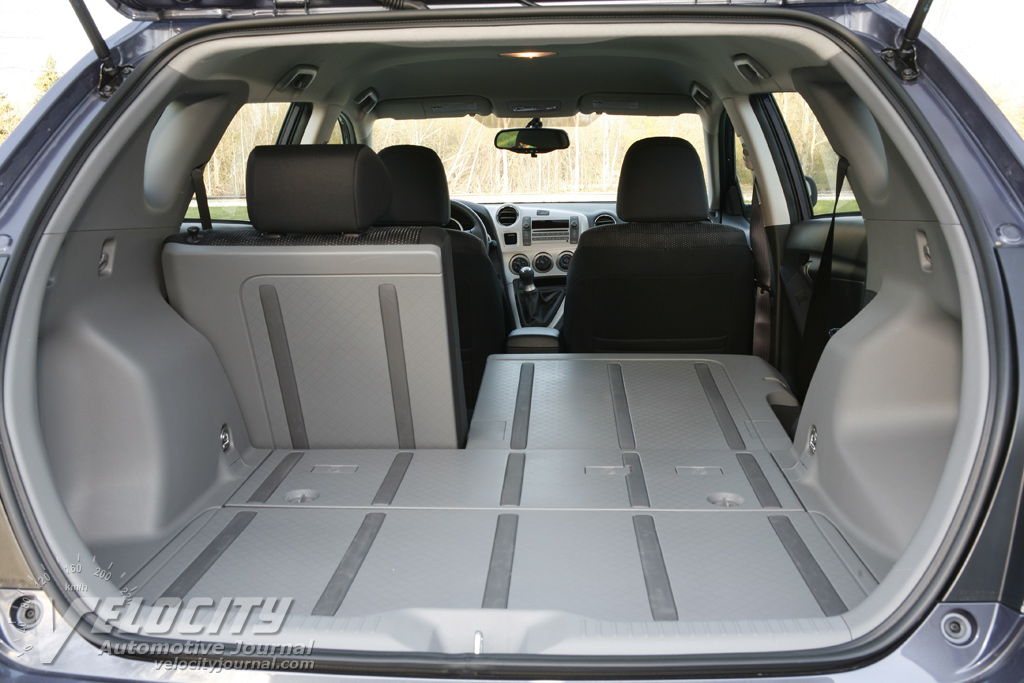 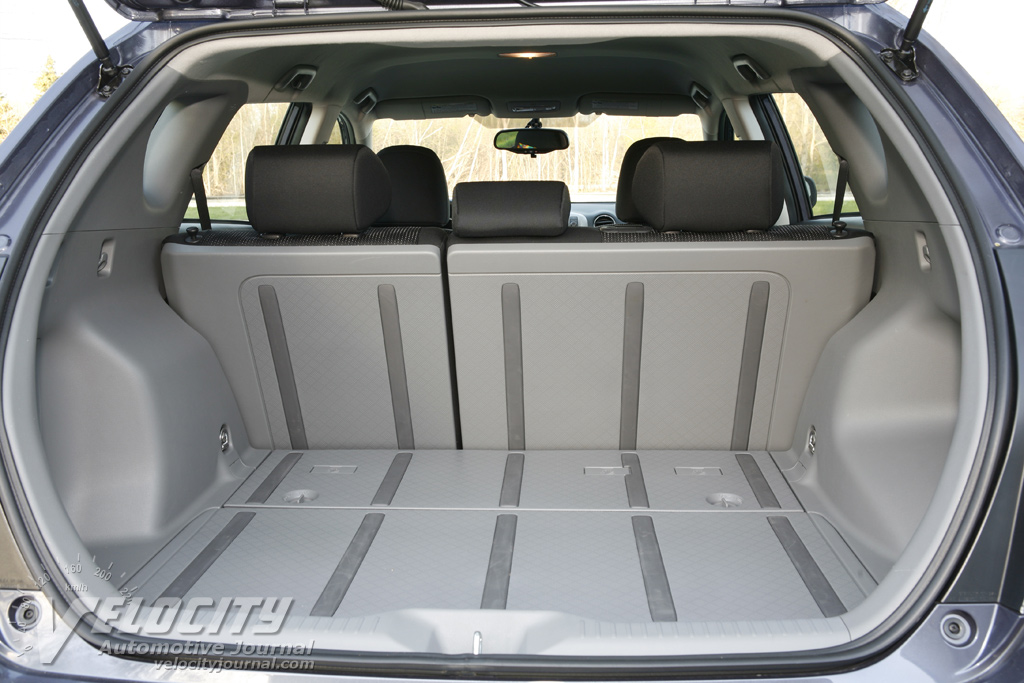 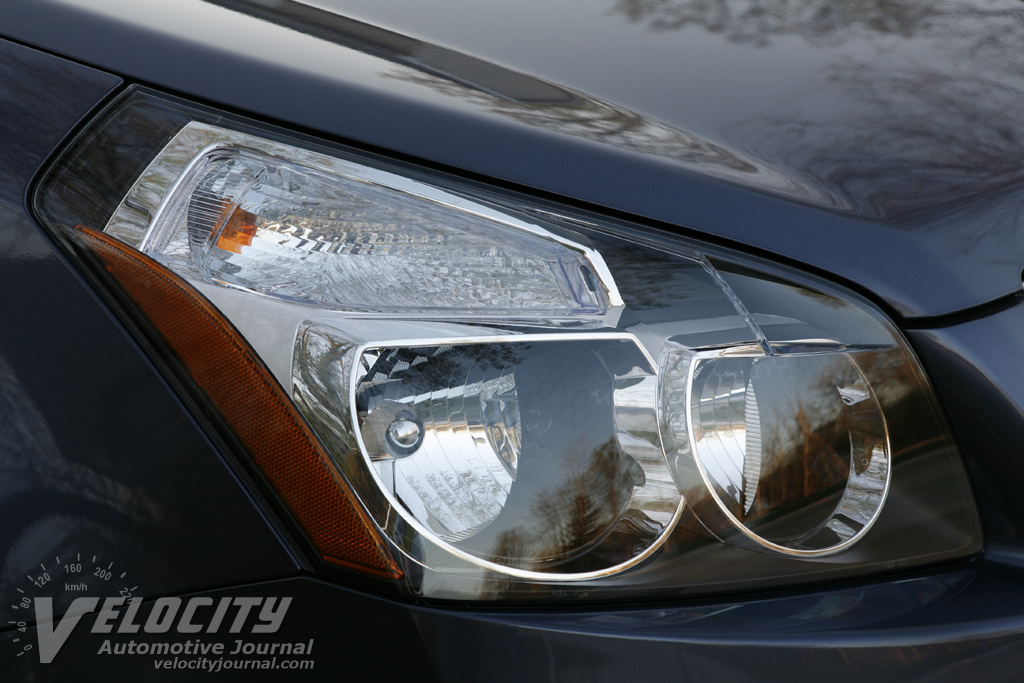 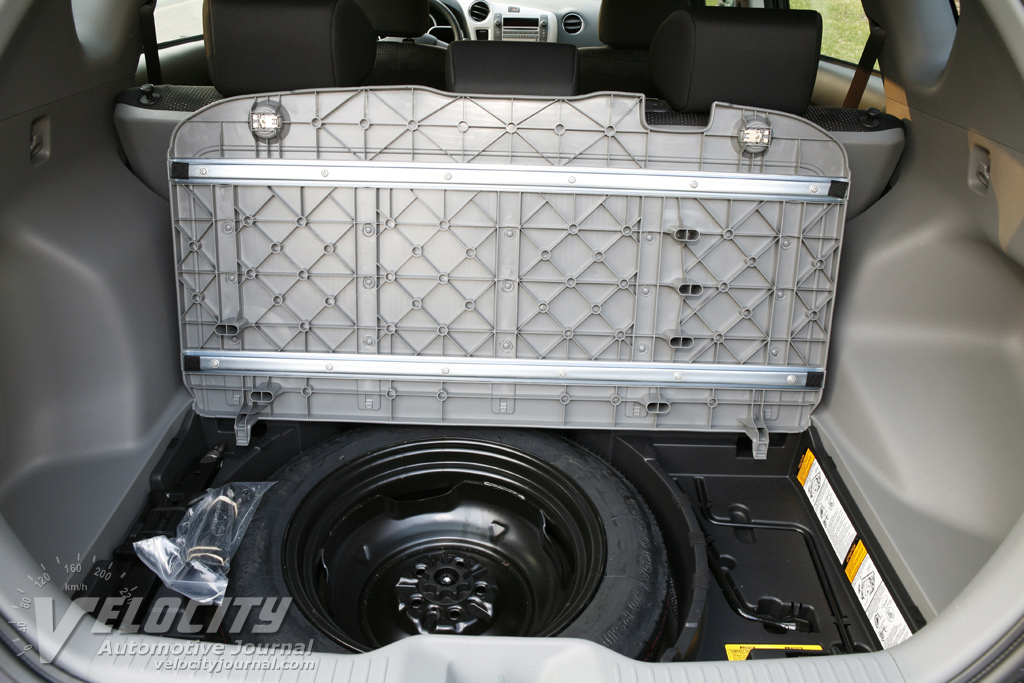 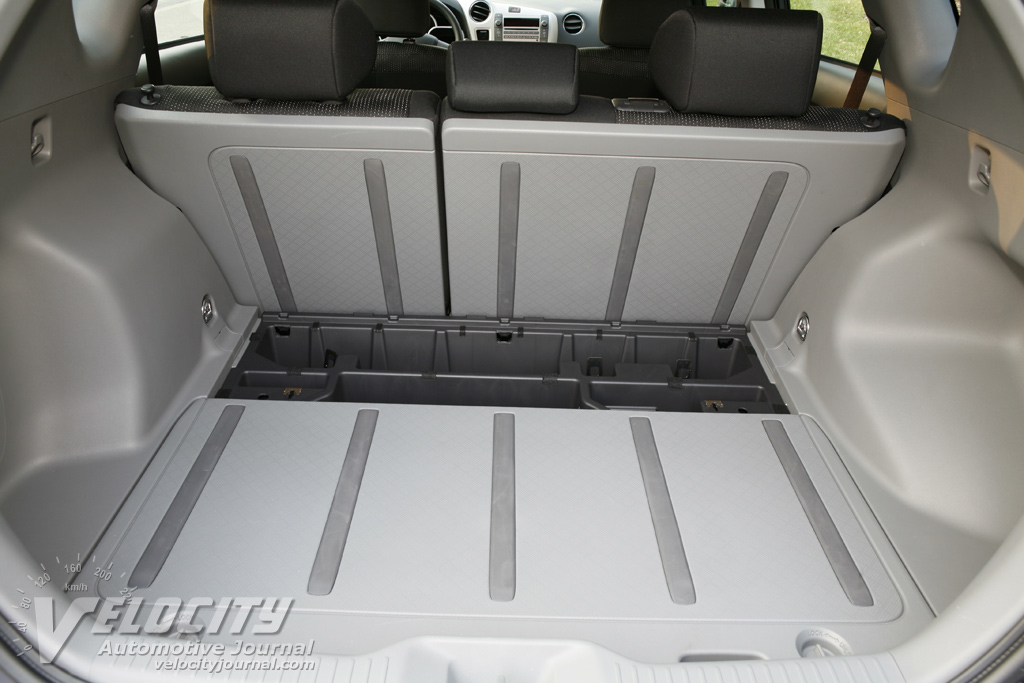 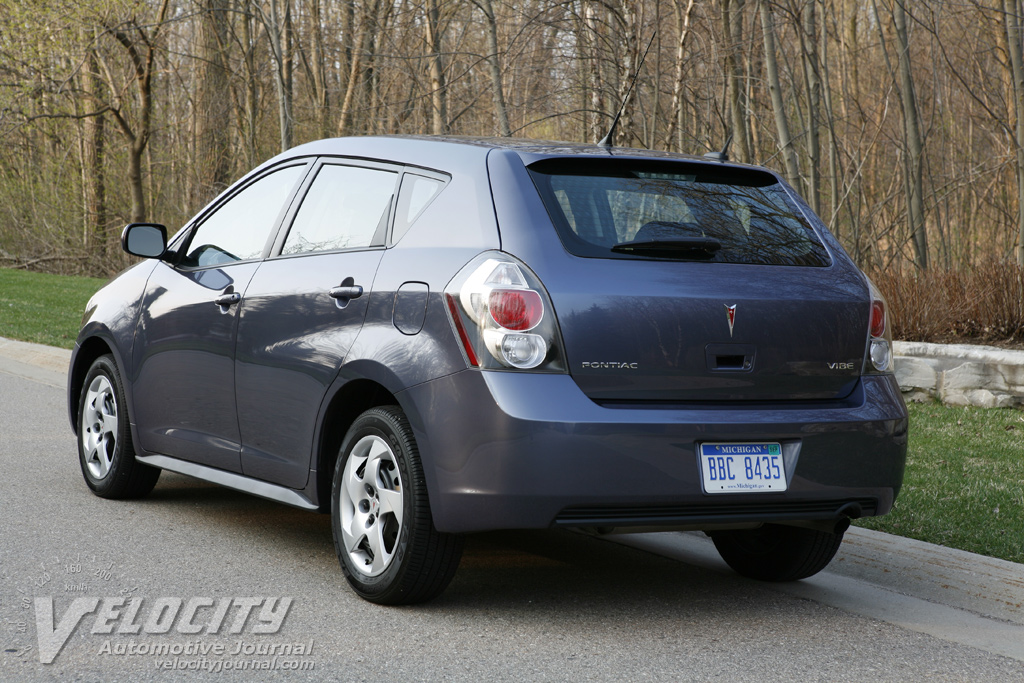 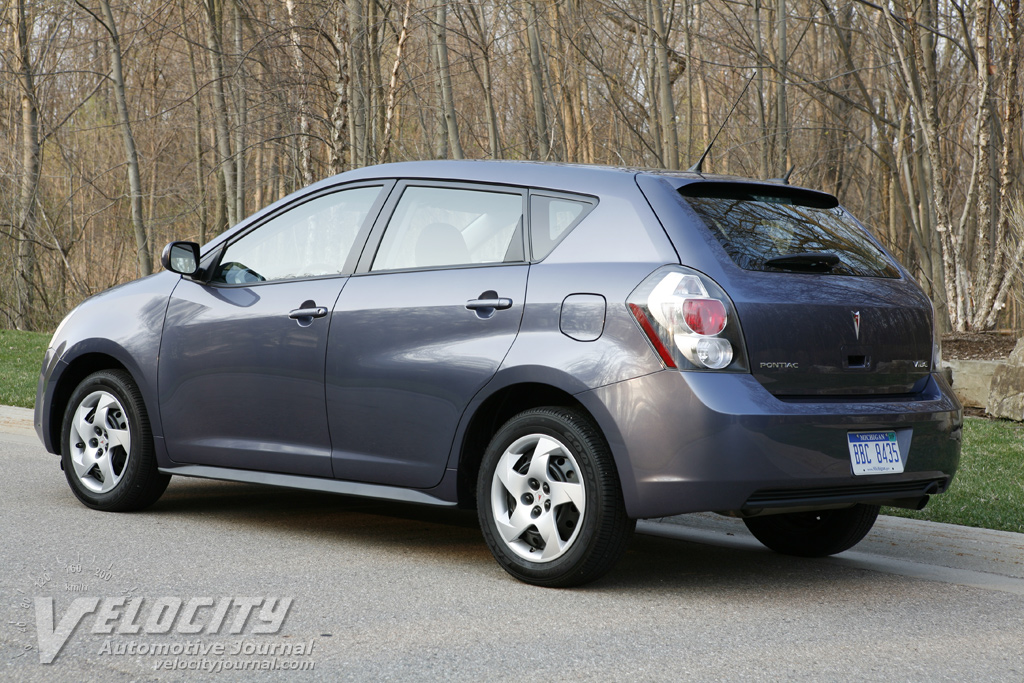 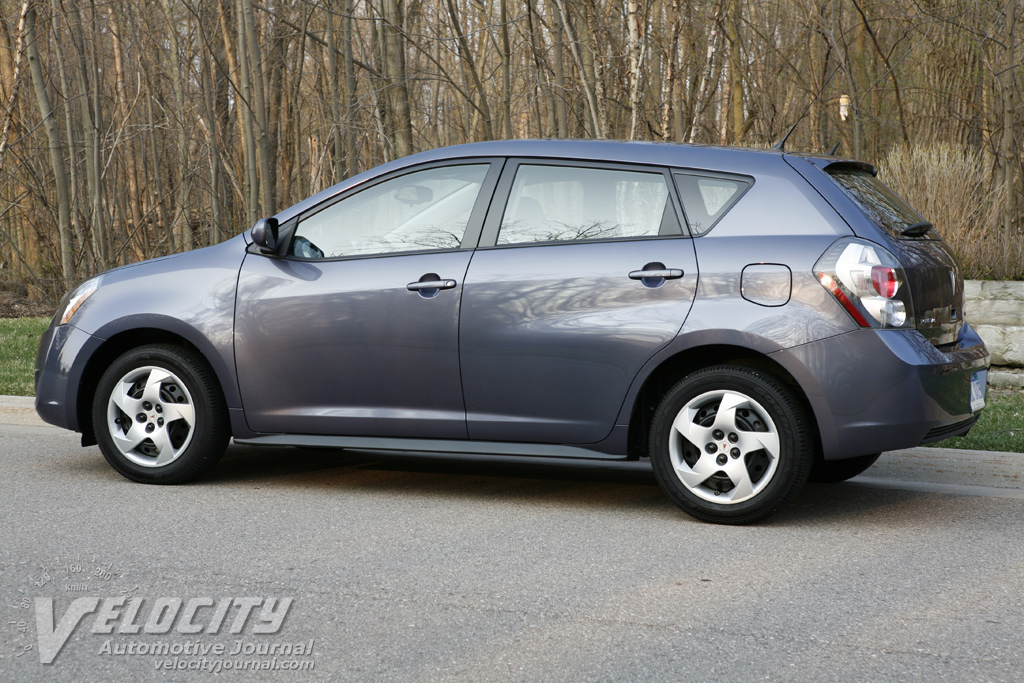 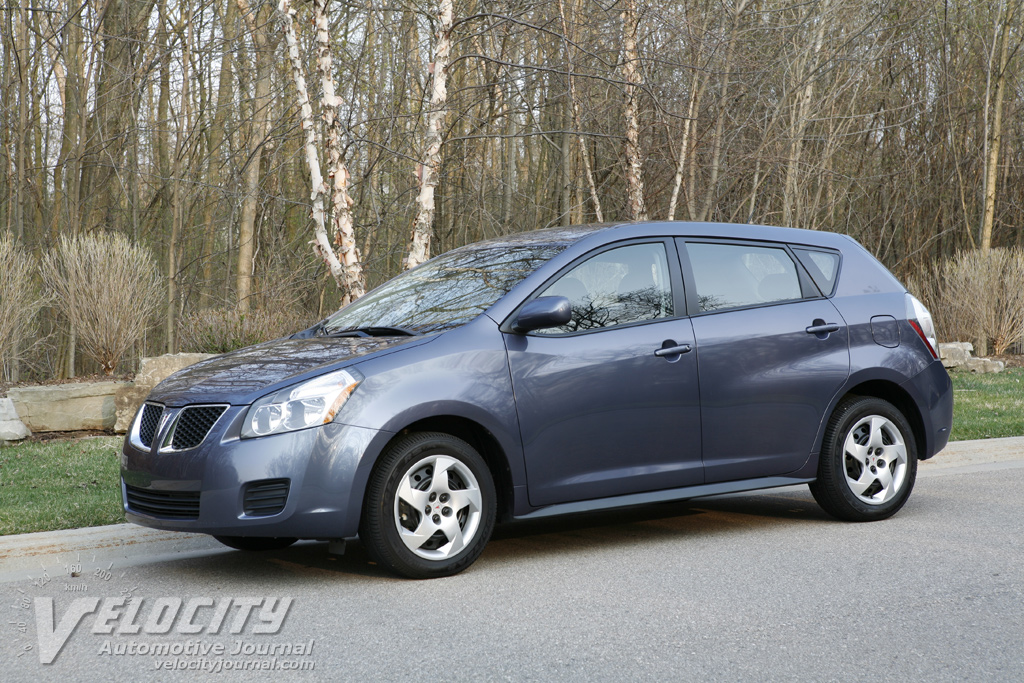 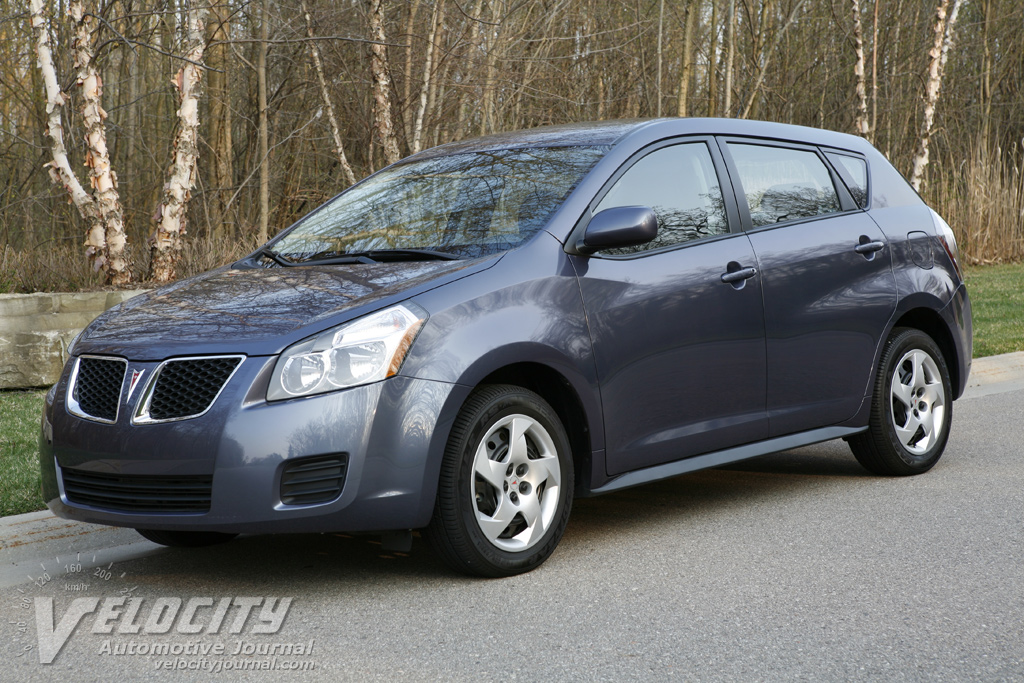 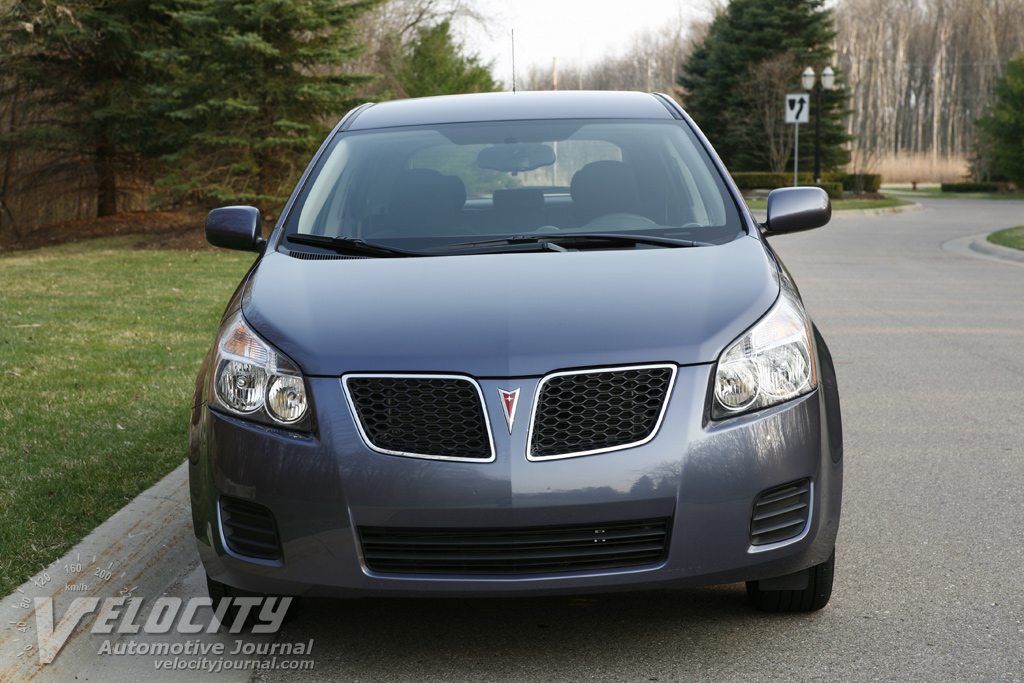 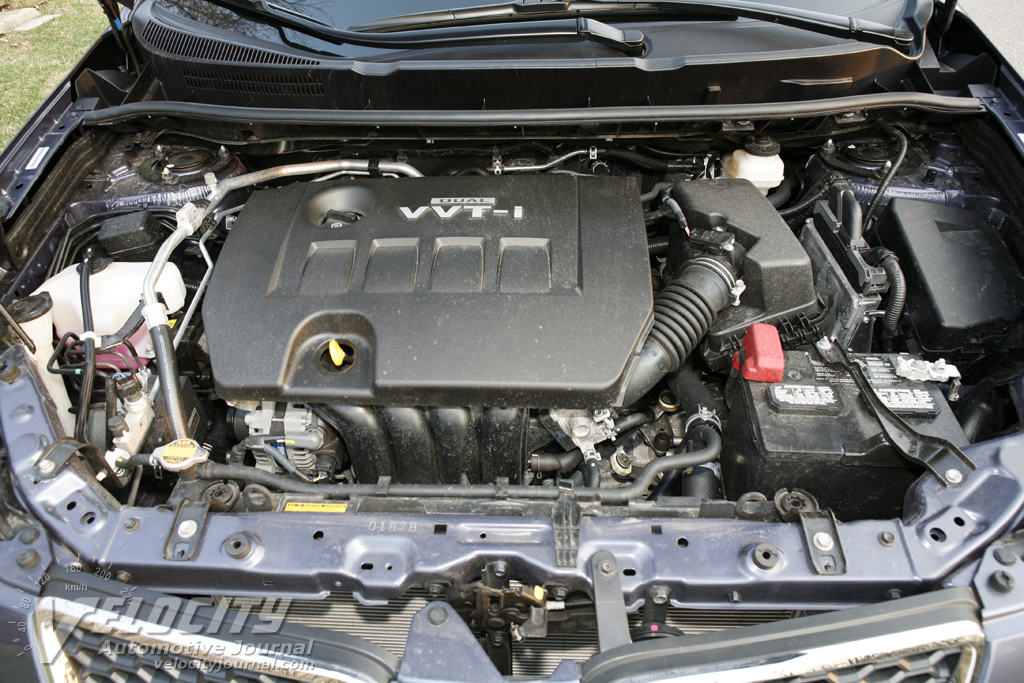 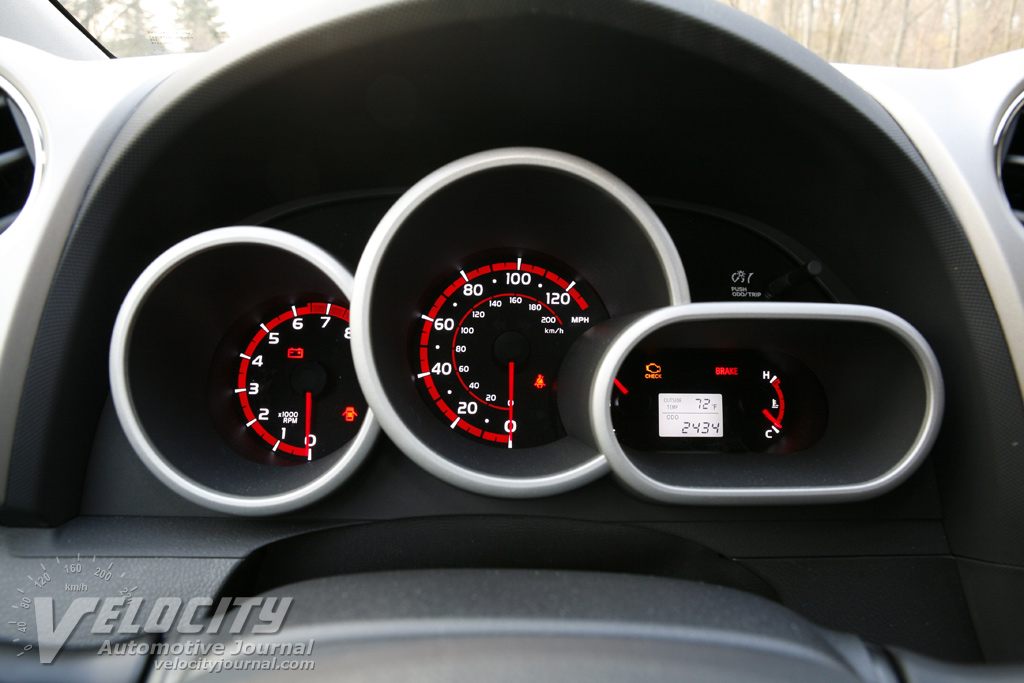 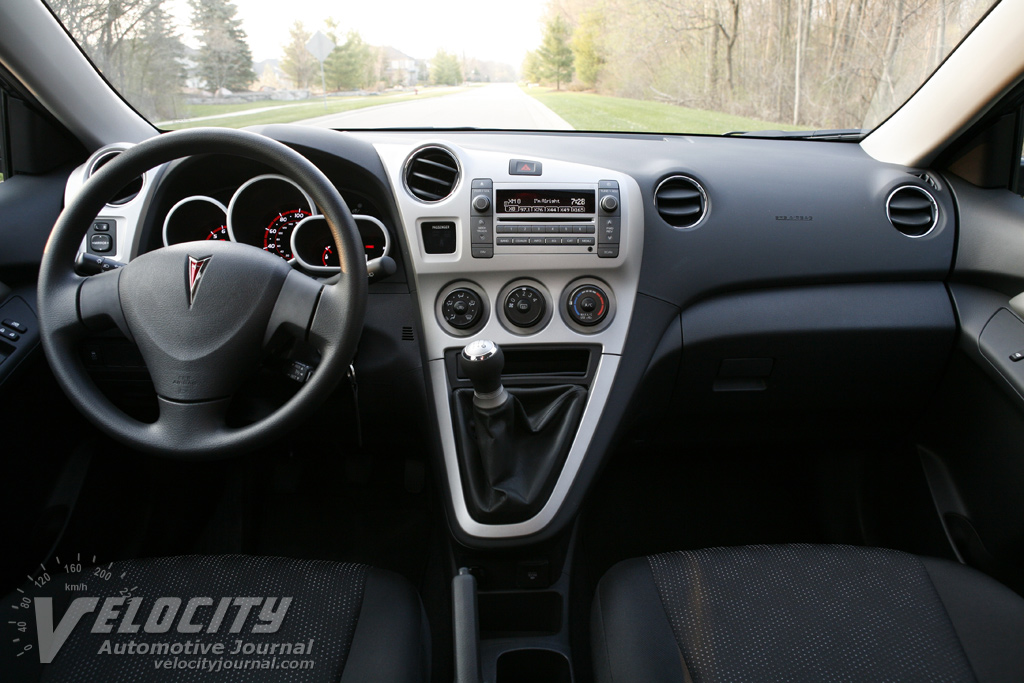 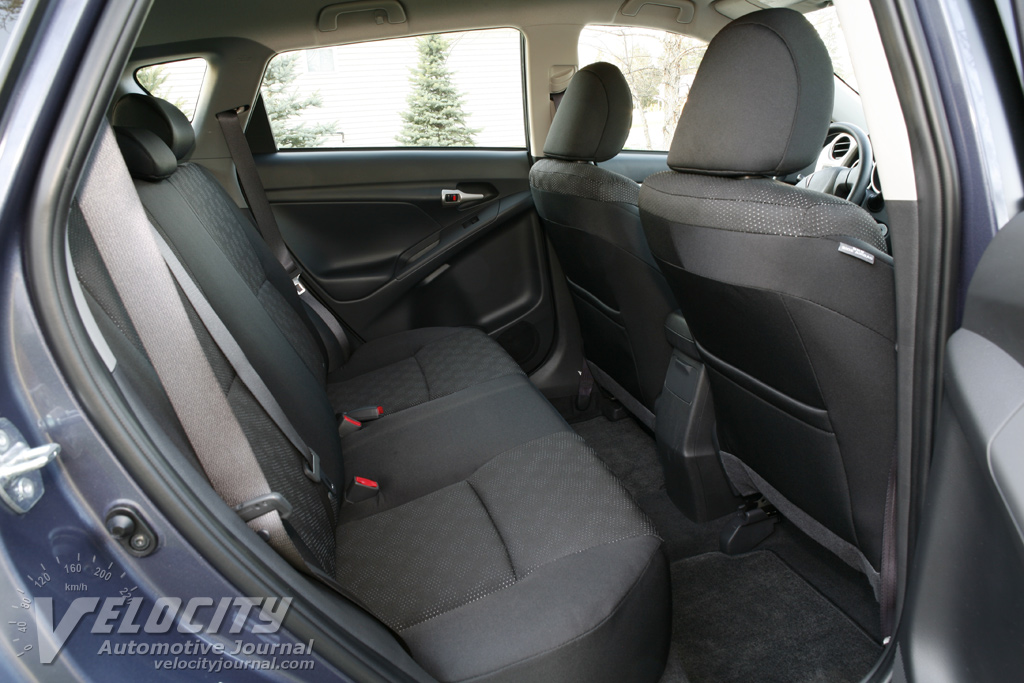 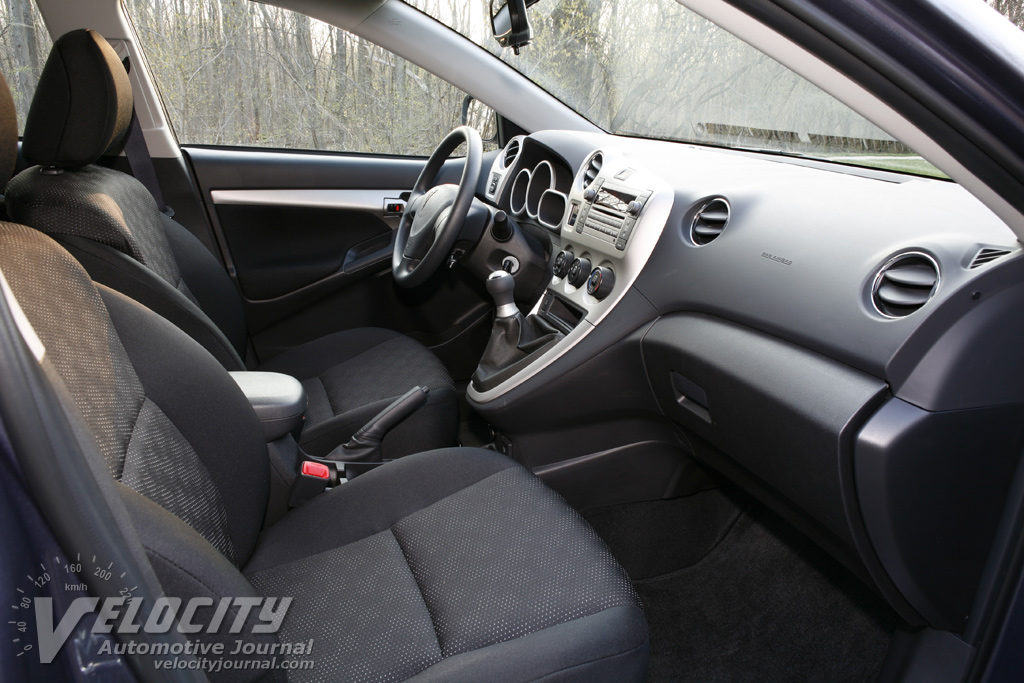