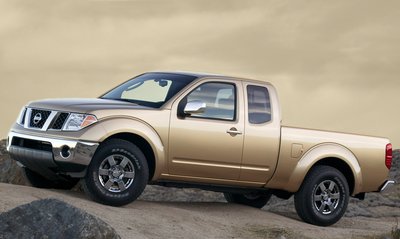 The third generation of the Frontier is longer, wider, and taller than its predecessor. It has a fully boxed frame which is based on the fh-alpha chassis from the full-sized Titan. Four wheel disc brakes are standard. Other notable options include a 6-speed manual or a 5-speed automatic, 2 wheel drive or 4 wheel drive, and king cab or crew cab. The Frontier is built in Tennessee.

Third generation Frontier is longer, wider, and taller. The fully boxed frame is based on the platform from the full-sized Titan. Both 4x2 and 4x4 version will be offered in king cag and crew cab configurations. The Frontier is built in Tennessee.