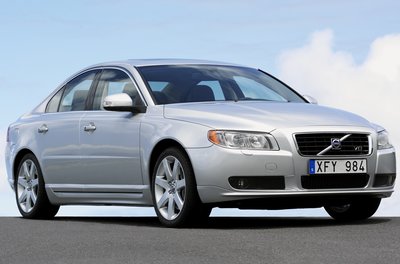 The S80 is the flagship sedan in Volvo's lineup. Although very competent, it has suffered from anonymous styling that was overshadowed by its sibling the S60. The all-new S80 looks to change that by offering clean, attractive styling and a choice between I6 and V8 power. The inclusion of a V8 should help distinguish the S80, allowing it to better compete with other premium sedan offerings

The all-new S80 is more befitting the flagship position in the Volvo lineup. Although the size has not changed appreciably, the new exterior and interior are far more stylish. The S80 has significantly more power than its predecessor. The new base engine is an inline-six rated at 235 hp, up 27 hp over last years inline-five. An optional V8 engine is rated at 311 hp. Both engines are couple to a standard six-speed automatic. To help transfer the power to the road, V8 models are equipped with all-wheel-drive.