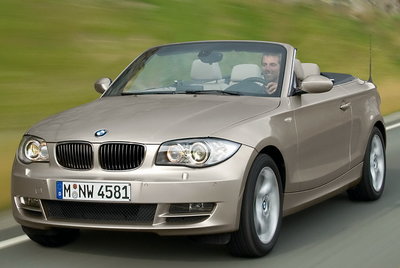 Each successive generation of BMW's iconic 3-Series has grown in size and price, leaving the door open for a new entry-level model. BMW has introduced the 1-Series coupe and convertible to fill that opening. Compared to the 3-Series the 1-Series is about 9 inches shorter, 2 inches narrower and a couple hundred pounds lighter. The good news is that the same two six cylinder engines power the smaller car. A 230-bhp inline-six resides in the 128i, whereas a 300-bhp turbocharged version powers the 135i. A smaller car with the same power could make the choice between the two tough for prospective BMW buyers.