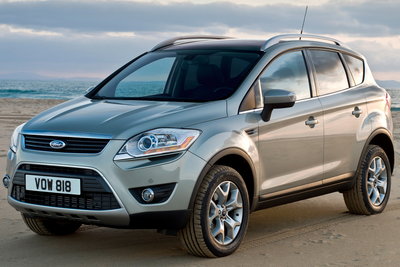 The all-new Ford Kuga is Ford of Europe's first entry into the highly competitive crossover market and promises a blend of rewarding on-road driving quality and surprising off-road capability. The genesis for Kuga was first seen in the dramatic iosis X Concept vehicle which made its debut at the 2006 Paris Motor Show. John Fleming, the company's President and CEO confirmed that Ford of Europe would be developing a production vehicle inspired by the iosis X...Read.