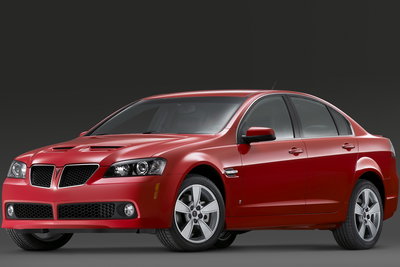 Pontiac has shown its upcoming flagship sedan in concept form as the Pontiac G8 GT concept. Two models will be offered: a base model powered by a 261 hp V6, and the GT model powered by a 360 hp V8. The G8 will compete with the Chrysler 300 and Dodge Charger in the large RWD segment. If you look at the concept and delete the paint, wheels and leather appointed dash, you have a pretty good picture of what the production model will look like when it reaches the market in early 2008.