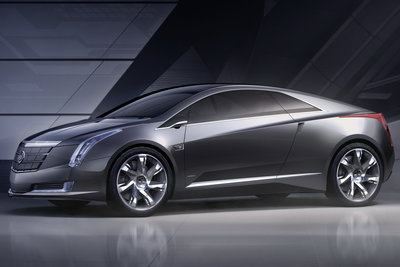 General Motors unveiled a further glimpse at the potential of electric propulsion today, this time in the form of luxury transportation, with the Cadillac Converj Concept. The Cadillac Converj was developed as a well-appointed grand touring coupe with a bold design and a host of interactive technology. The four-passenger Converj concept is intended to show how GM's revolutionary electric propulsion technology - called Voltec - can power a luxury coupe with a typically Cadillac "no compromises"...Read.