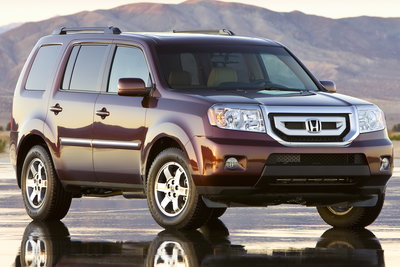 The second-generation pilot is larger and more distinctively styled than its predecessor was. The Pilot has grown longer by about 3 inches, wider by 1 inch and taller by 1 inch. The increased size has only added about 100 lbs of curb weight. The increased length has added some badly needed legroom to the second and third row seating with increases of 1.1 inches and 1.9 inches. However, headroom, shoulder room and hip room are virtually the same or reduced. There are 3 cubic feet more storage capacity behind the third row, more if the in-floor storage compartment is in use. Storage capacity is about the same with the third or second row seating folded. The displacement of the V6 is unchanged, but the engine now produces 250-bhp and 253 lb-ft of torque up slightly. Fuel economy has increased across the board. The Pilot is now rated at 17/23 for FWD models and 16/22 for AWD models.