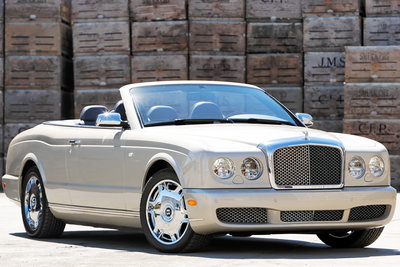 The Azure is a stately convertible built on a platform originally shared with previous owner Rolls-Royce. Its 6.75L twin-turbo V-8 has massive power and torque, but most owners will rarely unleash its horses on the street. Bentley reinforced the chassis with carbon-fiber braces to maximize body rigidity. The Azure's 3-layer fabric power folding top retracts into the tonneau in 30 seconds; slightly slower than average. The Bentley's main competition is the new Rolls-Royce Phantom Drophead, a convertible aimed at the same customers as the Azure.