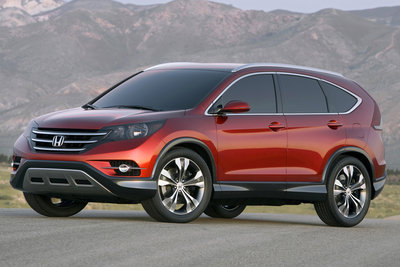 The 2012 Honda CR-V Concept made its public debut at the Orange County International Auto Show in Anaheim, Calif., today, and introduced the styling direction for the all-new, fourth-generation CR-V. The 2012 CR-V is set to go on sale in the United States by the end of the year and will debut at the Los Angeles Auto Show in November. "The 2012 CR-V Concept strongly hints at the more dynamic and refined look of the upcoming...Read.