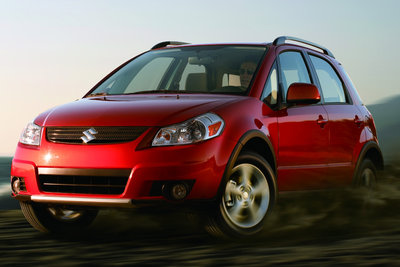 The subcompact SX4 is marketed as the SX4 Sportback for FWD models, and the SX4 Crossover when equipped with AWD. Both models share the same platform as the SX4 sedan. According to Suzuki, the SX4 name is derived from (S)port (X)-over for (4) seasons. A standard 2.0L inline-4 powers all models. Both six-speed manual and CVT transmissions are offered. The AWD system has a differential lock to enhance traction at low speed on slippery surfaces. The closest vehicles in size to the SX4 Crossover are the Nisan Juke and the Mini Countryman.