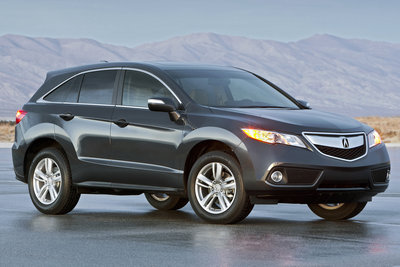 The second generation RDX bows for 2013. The new model is slightly longer, but otherwise the same size as the outgoing model. A 3.5L V6 becomes the standard engine replacing the turbocharged four cylinder in the prior model.