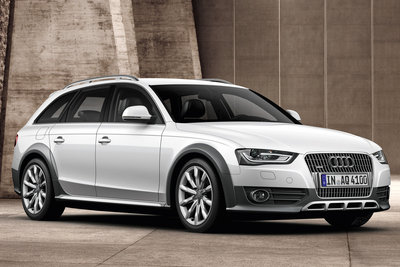 The allroad name returns to North America in the form of the new A4 allroad model which replaces the A4 Avant in that market. The allroad is an A4 wagon with increased ground clearance and unique body cladding.

Making its re-entry into the U.S. market for the first time since 2005, the Audi allroad made its debut at the North American International Auto Show in Detroit. The new allroad is built on the A4 platform and has been modified to meet the functionality and design elements that define the iconic allroad. The new allroad features 211 horsepower with 258 pounds-foot of torque that makes it faster and more fuel efficient than its predecessor. The...Read.