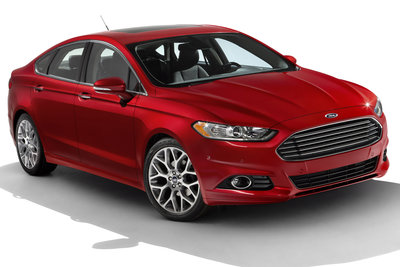 The Ford Fusion fits between the compact Focus sedan and the larger Taurus in Ford's lineup. However, the Fusion may be the most important car that Ford makes as it competes in the hotly contested mid-sized segment. The Fusion offers distinctive styling, a wide choice of powertrain and a good value. The redesigned 2013 Fusion is at the leading edge of powertrain and connectivity technology. A number of features like optional all-wheel-drive and start/stop technology are rare in the segment, and the availability of a plug-in hybrid model is rare in the industry. Pricing will be available closer to the vehicle's launch later in 2012.