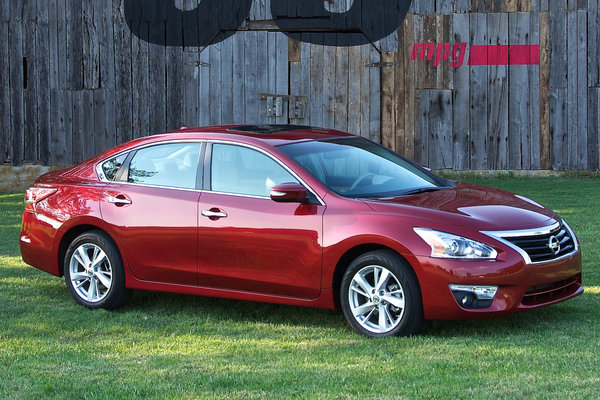 The Nissan Altima is a front-wheel-drive, midsized sedan similar in size to the Toyota Camry. Nissan also sells the similarly sized Maxima, but that car is aimed at the entry-luxury segment and is significantly more expensive. The Altima is generally available in S, SV an SL levels with either a 2.5l four-cylinder engine, or 3.5l V6 engine. All Altimas equip a continuously variable transmission (CVT) for improved fuel economy which is unusual in this segment.

An all-new Altima bows for 2013. The new model is about 1 inch longer and 2 inches wider than the prior model. Although the new styling has some familiar lines, the overall look is very different with higher sides, an aggressive new grille and more steeply sloped front and rear windows. The Altima retains its two powertrain lineup, but power in the 2.5l four-cylinder engine has increased to 182-bhp. Nissan estimates highway mileage of 38 MPG for the four-cylinder.