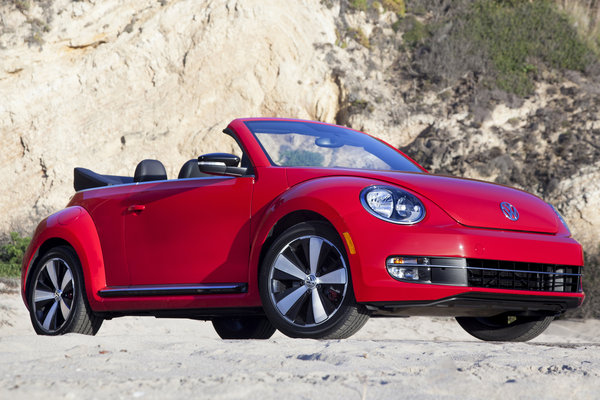 The Beetle lineup adds a convertible model for 2013. The Beetle convertible has power-operated soft-top with a glass rear window. Powertrain options mirror those of the coupe. The base engine is a 2.5l inline five-cylinder. Upscale models equip either a 200-bhp, 2.0l turbocharged four-cylinder engine or a fuel-efficient diesel.