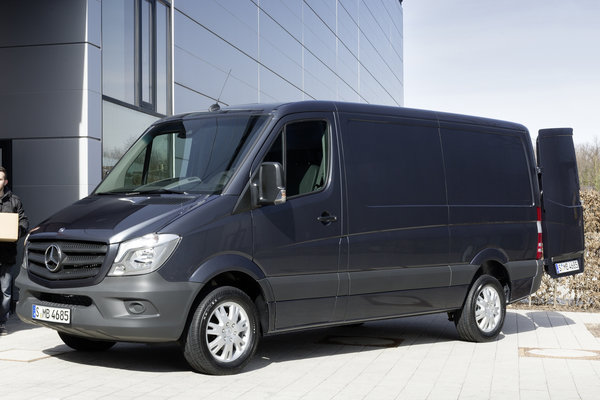 The Sprinter enjoys a number of updates for the 2014 model year. The most notable is the new front-end styling with a more upright front grille and pronounced hood. A new four-cylinder diesel engine and seven-speed automatic become the new base powertrain.

The pioneer of the modern van movement in the U.S., the 2014MY Sprinter Van has a new look and is now even more economical, safer and environmentally friendly. After seven years of the current generation and sales totaling around one million vehicles around the globe, the 2014MY Sprinter is set to further bolster the successful model's leading position as the benchmark commercial van. The new standard engine is a 4-cylinder diesel engine with a 7- speed...Read.