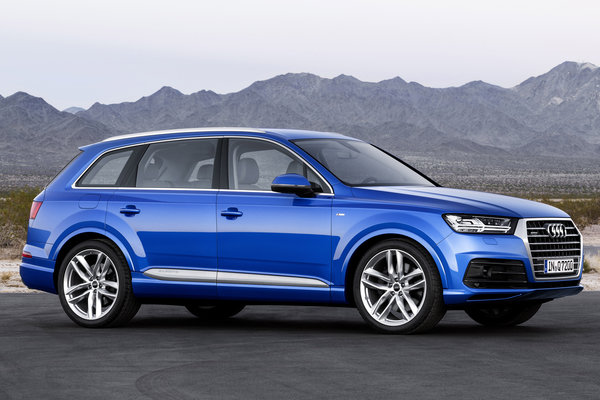 For a company synonymous with all-wheel-drive, Audi was relatively late to the game with its first true SUV. Now in its second-generation the large Q7 has joined by a family of crossover/SUV vehicles. At almost 200-inches in length, the Q7 is larger than similar offerings from BMW, Volvo and Acura. The Q7 has three rows of seating for up to seven-passengers. Engine choices include a 2.0l turbocharged four-cylinder rated at 252-bhp or a supercharged V6 rated at 333-bhp. Audi's quattro AWD is standard. Pricing for the Q7 starts in the low $50,000s.

After a lengthy run, the Q7 was redesigned for the 2017 model year. Compared to its predecessor the second generation Q7 rides on a wider track, but is slightly shorter in overall length. Powertrain choices include a turbocharged 2.0l four-cylinder and supercharged 3.0l V6 rated at 252-bhp and 333-bhp respectively. AWD is standard.