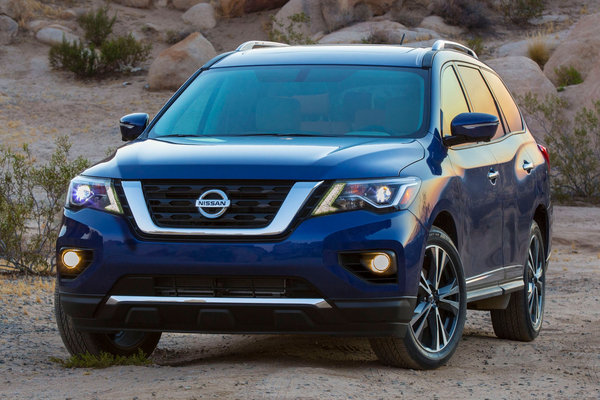 The long-running Nissan Pathfinder was one of the pioneers of the SUV market. Nissan has reinvented the Pathfinder for the 2013 model year. Like all but the largest SUVs, the Pathfinder is now a FWD-biased crossover with a unibody chassis. With three full-rows of seating the fourth generation Pathfinder is longer and wider than ever before. Compared to similar vehicles, the Pathfinder is smaller than the Chevrolet Traverse, larger than the Honda Pilot and very similar in size to the Ford Explorer. Nissan's 3.5l V6 and CVT transmission are standard on all models. Although the Pathfinder has less power than competitive vehicles, fuel economy is near the top of the class. Nissan offers the Pathfinder in a range of trim levels ranging from around $30,000 to just over $40,000.

The 2017 Pathfinder has updated front styling.