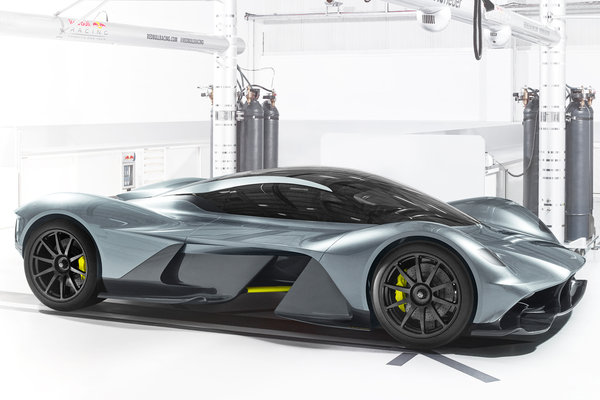 The revolutionary hypercar being co-developed by Aston Martin and Red Bull Advanced Technologies, formerly identified by its codename AM-RB 001, has now been officially named the Aston Martin Valkyrie. The name continues a fine tradition of Aston Martin 'V' cars. This began back in 1951 with Vantage, which was selected as a name to distinguish high performance variants of the then current model, the DB2. Boasting 125bhp versus 105bhp for the standard engine, the Vantage represented...Read.