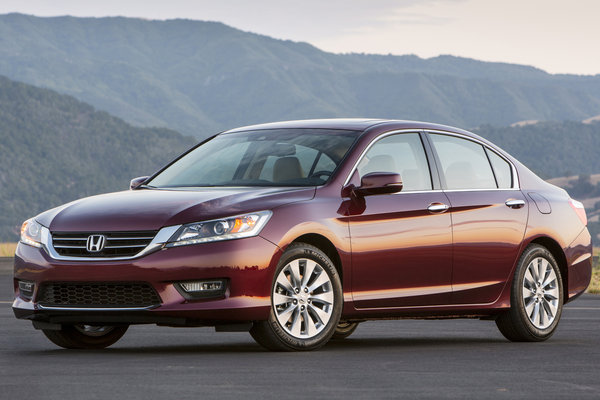 For over 35 years, the Honda Accord has been a standout for solid, reliable transportation with good performance, fuel-efficiency and value. The ninth generation Accord adds significant powertrain improvements including Honda's first application of plug-in hybrid technology. The Accord is offered in several trim levels with either a fuel-efficient four-cylinder or V6 engine. Transmission choices now include six speed transmissions and a fuel-efficient CVT on four-cylinder models. All trim levels include common power equipment. Hybrid and plug-in hybrid variants join the lineup in mid-2013 as 2014 models.

The ninth-generation Accord is shorter and weighs less than its predecessor, but retains its spacious interior. A new 2.4l four cylinder with direct injection becomes the new base engine and is paired with either a six-speed manual or continuously-variable-transmission (CVT). The re-engineered 3.5l V6 is paired with a six-speed automatic resulting in improved power, torque and fuel-efficiency. The model range includes new Sport and Touring trim levels.